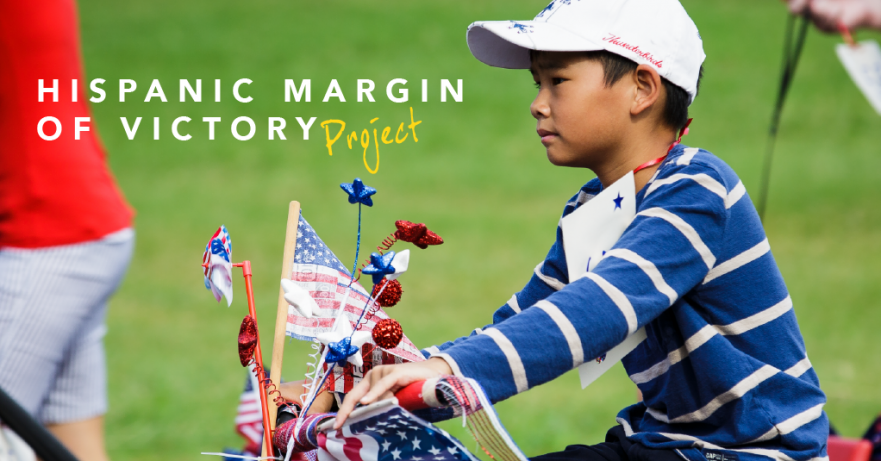 In November, Hispanics will head to the polls to cast their votes in key federal races in one of the most defining election cycles in recent history. The candidates running in these elections have every reason to engage with the Latino electorate, as the number of Hispanics eligible to vote will reach a record high of 27.3 million, according to the Pew Research Center’s most recent figures.

This development is no surprise. As the US Hispanic population grows in number, so too does its influence on American politics. And while voter turnout in this community is still below the national average, it is a young population whose ability to change the outcome of elections will only grow stronger as it ages. Latinos are the nation’s second-largest population group, making up more than one of every six residents and, perhaps even more remarkably, nearly one-quarter of the of the nation’s under-eighteen population. Hispanic millennials this year will make up nearly half of the record 27.3 million Hispanic eligible voters. This data signals to eager politicians across the ideological spectrum that the influence of the Latino electorate is an ever-growing force. The numbers speak for themselves. Candidates who ignore the Hispanic electorate will do so at their own peril.

Due to the large share of Hispanics eligible to vote, the US electorate this year will also be the nation’s most racially and ethnically diverse. Nearly one-in-three (31 percent) eligible voters on Election Day will be a racial or ethnic minority group according to Pew’s projections—up from 29 percent in 2012. For this reason, both sides of the aisle have a powerful incentive, if not an outright necessity, to reach out to and connect with this growing electorate. Hispanic voters may be a deciding vote this year on a number of races, possibly determining which party controls Congress and the White House.

The 2016 Hispanic Margin of Victory Project (Hispanic MVP) report estimates the likely number of Hispanic voters in 2016 and identifies competitive races where the projected turnout is larger than the previous margin of victory. This is based on US Census voting figures from the last three most recent presidential elections as well as the Cook Political Report’s ratings of upcoming House and Senate races.

The 2016 Hispanic MVP report by the LIBRE Institute analyzes thirteen races (eleven in the US House and two in the US Senate) where the Hispanic vote is estimated to largely influence their outcome.

Voter turnout estimates for 2016 are calculated using a forecast model based on the turnout rate over the last three presidential elections for each particular geographical area. Additional details may be found in the report’s Methodology section.

This analysis of the Hispanic electorate in 2016 promotes a better understanding of the role that the Hispanic electorate can play in influencing elections and the direction of the nation both this year and in those to come. This report illustrates that not only will Hispanics play a role in selecting the next president, but they will also be critical in deciding who the new president will be negotiating with in Congress.