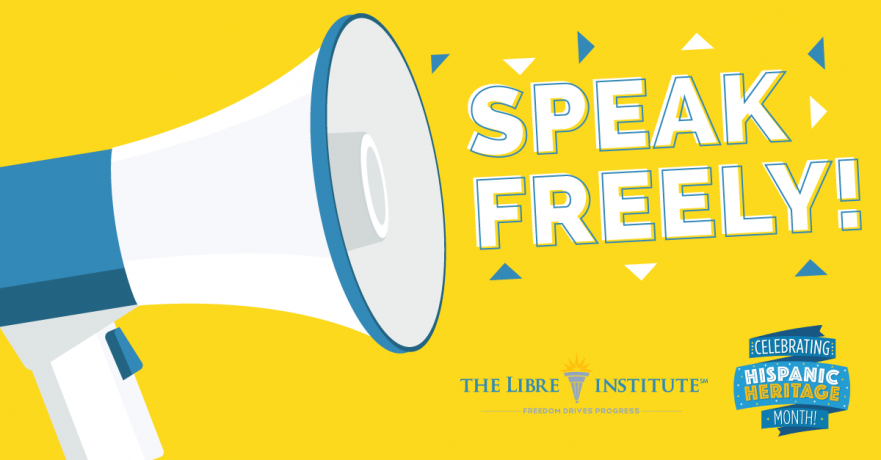 It’s been nearly 30 years since Ronald Reagan created Hispanic Heritage Month to honor Hispanics in the United States and the many ways they have enriched its culture, economy and traditions.

Since then, the U.S. Hispanic population has grown to 58.6 million. Most Latinos move to the United States to pursue their American Dream, while remaining dedicated to faith, family and their strong work ethic.

U.S. Hispanics can best achieve their potential in a society that protects freedom of expression. This freedom, along with freedom of religion, plays a critical role in achieving flourishing and prosperity.

History illustrates why Hispanics especially understand how instrumental this right truly is for the prosperity and freedom of the individual.

The Cuban constitution permits the Communist Party to control the press. It allows “freedom of speech and the press in accordance with the goals of the socialist society.”

The government owns and controls all media outlets and restricts its citizens’ internet access. Television channels and websites are limited. All newspapers in Cuba are controlled by the government, and they can only share information and opinions supported by government officials.

During Fidel Castro’s revolution in 1959, an estimated 78,000 Cubans were killed for their opposition to the government. Many were shot and killed by firing squad in front of Castro’s infamous “paredón.”

Chávez ordered several television stations be taken off air and eventually seized control of the internet because free speech online “fosters unrest among the citizenship or disturb public order” and “refuses to recognize the government’s authority.”

Now, Venezuela suffers from a corrupt government and significant lack of freedom. Basic goods and services are no longer available while the death toll and citizen protests continue to increase.

Many Hispanics have suffered from a lack of free expression. Latinos who fled this violence – as well as those who were born in the United States – deserve to be honored by preserving their freedom of expression.

This month, and every other month, we remain committed to empowering Latinos. Click here to join us to help in honoring Hispanic Heritage Month.