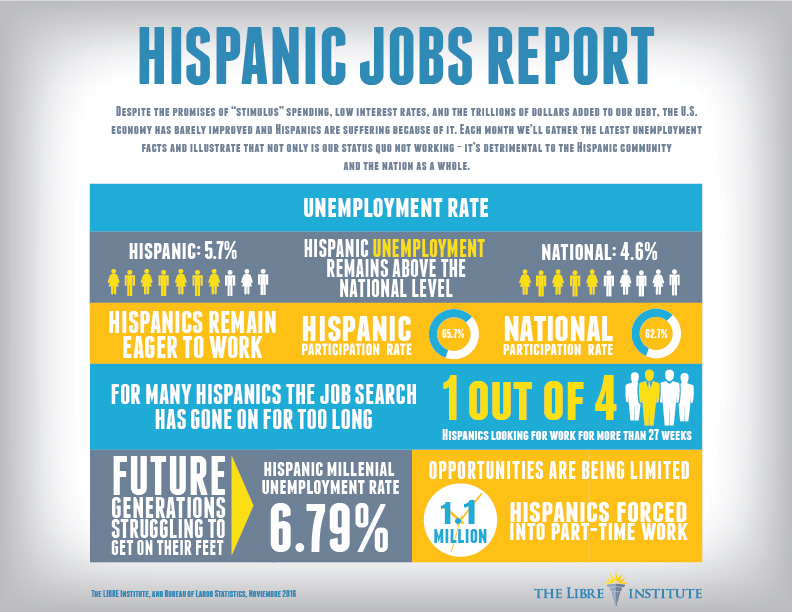 Despite the promises of “stimulus” spending, low interest rates, and the trillions of dollars added to our debt, the U.S. economy has barely improved and Hispanics are suffering because of it. Each month we’ll gather the latest unemployment facts and illustrate that not only is our status quo not working – it’s detrimental to the Hispanic community and the nation as a whole. Click here to see November’s jobs report!