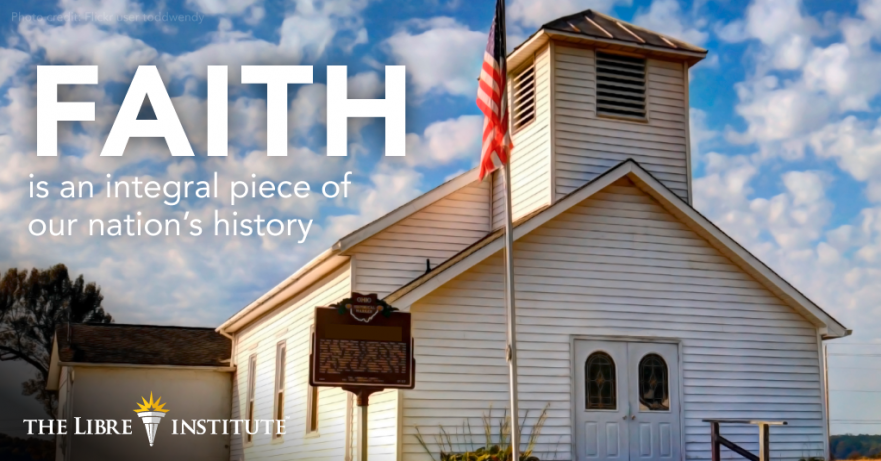 As Americans, we are truly fortunate to live in a nation that espouses the principles of a free society; of free speech, toleration, and freedom of association.
History shows the role faith played in the founding of our free society – from Spanish and French missionaries establishing colonies and missions in Florida, Texas, New Mexico, Colorado, Arizona and Wisconsin; to the Pilgrims who established colonies throughout New England. History also shows the role faith played in the formation of our free society – from the inspiration of the revolutionary pastors of the American Revolution known as the Black Robe regiment to the inclusion of religious freedom in the cornerstone First Amendment. So it remains to be seen what role faith will now play in the future of our free society, especially in light of the Hispanic cultural connection to faith.
A recent Barna study shows 84 percent of U.S. Hispanics identify as Christian. However, this study also showed that a majority of Hispanic Americans do not integrate their faith into their life fully. In other words, faith remains something practiced within the confines of the church and home and is not integrated into their public lives. So, in a nation where the general population is becoming less religious, the Hispanic faith community may play a pivotal role in deciding the role faith will play in maintaining these values of free speech and toleration, and in nurturing a healthy civil society.
Hispanics currently make up the largest category of immigrants to the United States, and immigration has always been a blessing to our nation. Nevertheless, opponents of immigration have always been there to oppose it – from the Know-Nothing Party opposed to Irish and Eastern European immigration in the 1800’s, to those who would curb – or even halt – immigration today. In the immigration wave of the modern era, the Hispanic cultural connection to faith may have a major role to play. Through active engagement and participation in the public square, the Hispanic faith community can fight for the fundamental freedoms that are being slowly eroded away by our ever-expanding government.
The French philosopher Alexis de Tocqueville, who came to America to study its unique freedoms in the 1800’s, argued that “liberty cannot be established without morality, nor morality without faith.” As such, you cannot have freedom without virtue and you cannot have virtue without faith. In light of this, will the American Hispanic faith community’s participation in the public square demand our nation’s leaders to return to the principles and ideals of our nation’s formation: one in which our rights and freedoms have been granted by our Creator or will they remain silent as unlimited government subjugates us via more and more regulation? In other words, will the American Hispanic faith community allow the Creation to grant – or take away – rights or will the American Hispanic faith community defend our rights and freedoms as granted by our Creator?
So if Tocqueville was right to argue that liberty can only be established with morality and morality with faith, where will an unlimited and ever expanding government lead us? In Father Robert A. Sirico’s, booklet “Toward a Free and Virtuous Society,” the foreword by Doug Bandow puts it very clearly and bluntly: “…history has shown that government is not a particular good teacher of virtue. The State tends to be most effective at simple blunt tasks such as killing and jailing people.”

And so it does. Unlimited government and over-regulation limit opportunity by killing people’s inherent desire to achieve and succeed. Runaway government spending on unwarranted social programs also jails people’s talents – keeping them in isolated communities by race and language, and limiting their economic prosperity – all in a nation founded on the ideals and virtues of limited government!

The American Hispanic faith community can play a vital role in ensuring we leave an inheritance of freedom to our children. Our fundamental freedoms are cited in our founding documents as inalienable rights granted by our Creator. They cannot be taken away by the creation. Therefore, if the faith community is to have an impact on the future existence of the freedoms of our nation, will Hispanic faith leaders and communities sit quietly while free speech, toleration, and our civil society are eroded away? Or will we stand up to protect the fundamental freedoms enshrined in our founding documents since the birth of this country?