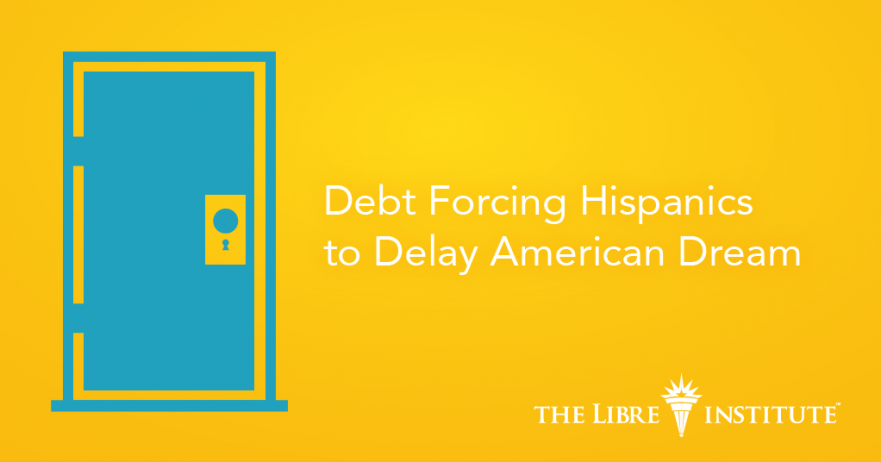 Another school year is underway, and Latino students all across the country are preparing to head off to college. U.S. Hispanics have made great strides in higher education – as recently as 1993, only 22 percent of college aged Hispanics were enrolled in a university. That number has risen to 35 percent, now with an estimated 2.3 million Hispanic students attending either two or four-year colleges. Yet, with rising enrollment comes the burden of paying the rising cost of tuition, and for many Hispanics, this is beginning to put the American Dream out of reach.

Higher education costs have continued to rise well above the rate of inflation, and in 2014 the average cost of attending a post-secondary institution was $31,231. As a result, many students are turning to student loans and incurring staggering amounts of debt in the process. Recent graduates often delay the version of the American Dream that includes owning a home or starting a business for exactly this reason. Home and vehicle ownership are in decline, according to researchers at the Federal Reserve, meaning increasing numbers of Americans are starting to delay or fall short of the American Dream.

In the United States, there are now 43.3 million people holding a grand total of $1.26 trillion dollars in student debt, with roughly 11 percent of those loans classified as delinquent. How are they supposed to earn and save enough needed to buy their first home or car? Where do they find the money to take a risk and start their own business?

Unfortunately, the root of the crazy tuition hikes could have been largely avoided. According to a report by the Federal Reserve Bank of New York, federally-backed student loans and other aid lessen the incentive to lower tuition cost at schools. The recent housing bubble presents a useful comparison to the current student loan crisis, which could result in a similar collapse if policymakers do not address it. In the lead up to the 2008 crash, easy credit was made artificially available to home buyers, thereby inflating the price of homes in the market, and exposing lenders to considerable risk. With blurred market signals, some students find themselves in a frustrating position that Mike Rowe, host of Discovery Channel’s Dirty Jobs, described as “we are lending money that ostensibly we don’t have to kids who have no hope of making it back in order to train them for jobs that clearly don’t exist…”.

For the millions of Latinos trying to climb the economic ladder who are affected by this growing problem, it is time to make a change before it is too late. Higher education should open doors to opportunity, not create additional barriers. Acquiring the tools needed to succeed in life through education is one of the greatest investments that can be made in one’s future, and it is absolutely vital that we do not allow well-intentioned – but ultimately counterproductive – federal policies to put this dream out of reach.