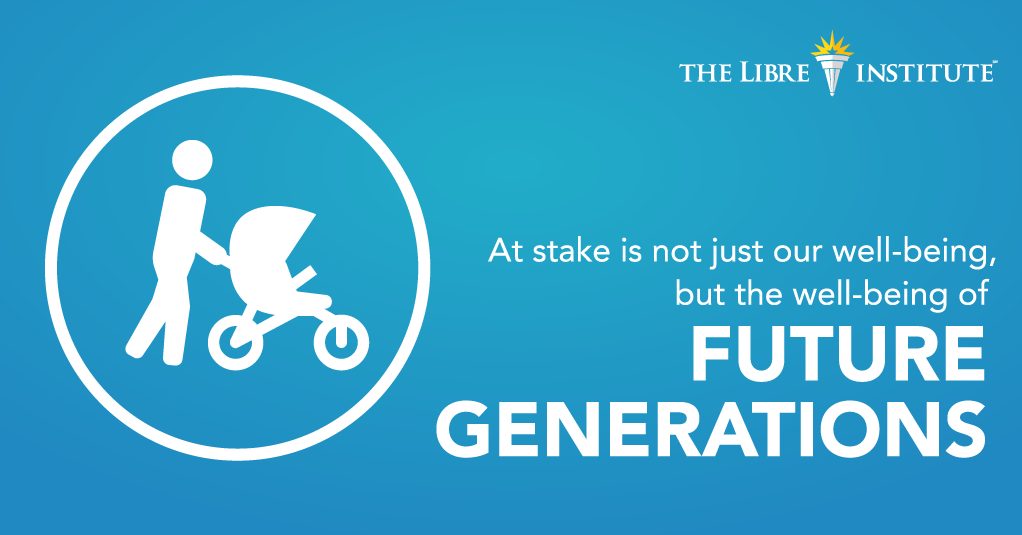 The federal budget – and related debt and deficit — is rarely framed as a uniquely “Hispanic” or “minority” issue. But while immigration and education often come to mind when we think of which policies touch the lives of U.S. Hispanics most deeply, issues relating to the federal budget should rank among the top. Like all Americans, U.S. Hispanics cannot escape the negative consequences of our government’s irresponsible fiscal policies. Indeed, because of the relative youth of this demographic, Hispanics are poised to suffer the worst of the negative effects that persistent federal deficits and the ballooning national debt will have on the lives of future generations.  This third, and final blog in the series examines what lawmakers can do to address the challenges in the future.

As our lawmakers are currently working to fund the federal government for the next federal fiscal year, it is key that they act to address the root of our fiscal challenges. Treating the disease and not its symptoms, should be their approach to put the country on a fiscally responsible path. This starts with realizing that the current budget deficit is not the main problem. The real problem is the skyrocketing expense of entitlement programs, also called “mandatory spending.” Social Security and Medicare are two of the largest programs included in mandatory spending part of our budget and they are by far the greatest long-term fiscal challenge our country faces. Mandatory spending almost makes up an astonishing two-thirds of the entire federal budget. These programs face an almost impossible task: remain fiscally sustainable in the face of our rapidly aging population and the rise in health care costs.

Reforms are long overdue to deal with these basic problems. Unless entitlement programs are made sustainable, budget deficits will continue to reappear, no matter what we do about “waste, fraud, and abuse.” Deficits will continue to add up to our national debt, which in turn will eventually lower the standard of living of the current and future generations of U.S. Hispanics. This point is sometimes difficult to grasp for most people, because the link between debt and what that means in our lives is not always clear. But The Center for a Responsible Federal Budget has identified four ways budget deficits and high national debt will bankrupt America and make our lives worse.

“large sustained federal deficits cause decreased investment and higher interest rates. With the government borrowing more, a higher percentage of the savings available for investment would go towards government securities. This, in turn, would decrease the amount invested in private ventures such as factories and computers, making the workforce less productive”.

This is particularly relevant to young Hispanics joining the workforce, because as the CBO notes, this would have a negative effect on wages: “Because wages are determined mainly by workers’ productivity, the reduction in investment would reduce wages as well, lessening people’s incentive to work”.

“as interest rates return to more typical levels from historically low levels and the debt grows, federal interest payments will increase rapidly. As interest takes up more of the budget, we will have less available to spend on programs. If the government wants to maintain the same level of benefits and services without running large deficits, more revenue will be required. As the CBO states:” That could be accomplished in different ways, but to the extent that such increases occurred through higher marginal tax rates (the rates that apply to an additional dollar of income), those higher rates would discourage people from working and saving, thus further reducing output and income. Alternatively, lawmakers could choose to offset rising interest costs at least in part by reducing government benefits and services”. If these cuts reduced federal investments, they would reduce future income further. If lawmakers continue running large deficits to provide benefits without raising taxes, CBO warns that larger deficit reduction will be needed in the future to avoid a large debt-to-GDP ratio”.

Decreased Ability to Respond to Problems

“governments often borrow to address unexpected events, like wars, financial crises, and natural disasters. This is relatively easy to do when the federal debt is small. However, with a large and growing federal debt, government has fewer options available”.

Greater Risk of a Fiscal Crisis

“If the debt continues to climb, at some point investors will lose confidence in the government’s ability to pay back borrowed funds. Investors would demand higher interest rates on the debt, and at some point rates could rise sharply and suddenly, creating broader economic consequences. Though there is no sound mechanism for determining if and when a fiscal crisis will occur, according to the CBO, “All else being equal…the larger a government’s debt, the greater the risk of a fiscal crisis.”

Given the real perils of running persistent deficits and having an unsustainable level of national debt, U.S. Hispanics should demand that policymakers heed the warnings of the Congressional Budget Office and take action to address the main causes of our country’s fiscal challenges. At stake is not just our well-being, but also that of future generations of Americans. If we do not tackle our national debt problem today, we risk handing down a society that will be considerably poorer and with less economic opportunity than the one we live in today.