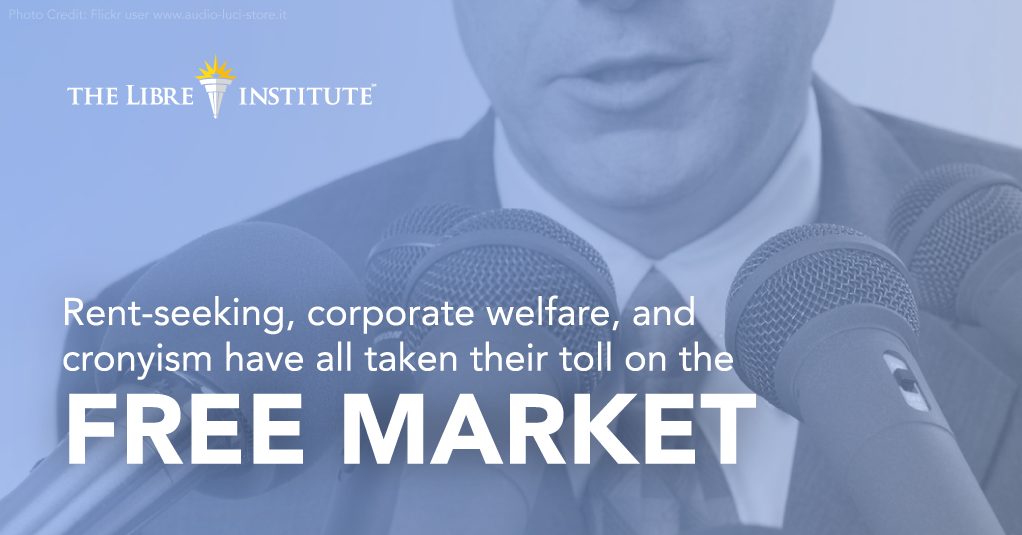 How Much Wealth is Earned?

According to a new study from a progressive think tank, a significant chunk of ‘billionaire wealth’ in the United States may not belong to “deserving entrepreneurs,” but rather to politically-connected business leaders whose industries depend on government contracts, licensing, subsidies, rent-seeking, and de facto legal monopolies: essentially, the difference between earning wealth and taking it. The study’s authors draw the wrong policy conclusions from the data, such as the idea that this justifies widespread taxation on all high earners, but if people of opposing political perspectives can agree that personal wealth earned by creating value for others is legitimate, and wealth obtained by taking things from others or exploiting loopholes is illegitimate, then we will have gone a long ways towards addressing the two-tiered society that is emerging in this country.

The idea behind the methodology is an interesting one. After all, there is a huge difference between wealth that is earned by producing goods and services of value for others, and wealth that is acquired through rent-seeking, where profits are derived from government-granted privileges and subsidies. Often, these privileges are hard to spot. Many are obvious, such as the bailout of the auto industry or the Export-Import Bank, but some, like the proliferation of licensed occupations and tariffs on foreign products, are more subtle. If we truly want to tackle economic inequality, honest and  profit should not be on the chopping block – that kind of profit widens the proverbial economic pie, rather than just doling out tinier and tinier slices.

The real enemy should be the growing segment of the economy that profits only by increasing its share of the pie at the expense of others, through subsidies, loopholes, and legal monopolies. The chart below, from Steve Conover, illustrates the difference: Rent-seeking, corporate welfare, and cronyism have all taken their toll on the free market. In fact, while many critics are quick to decry the economic inequality in this country as the inevitable result of laissez-faire capitalism, the United States is hardly a free market at all. In fact, from 2000 to 2012, the United States gave out $1.2 trillion in corporate welfare payments to Fortune 100 companies – roughly the size of the entire GDP of Russia. Large swaths of the super-rich made their fortunes at the expense of their competitors through government privileges, monopolies, and distortions of the market. As Steven Teles explains for the Cato Institute:

“While there are certainly large parts of the 1 percent made up of entrepreneurs and innovators, the image of the U.S. as a free-market paradise is hard to square with the presence in the top income strata of people like car dealers (protected by regulations against the consolidation of car sales), doctors (protected by medical licensing and extensive educational requirements), lawyers (with a limited supply of lawyers and a government that produces outsized demand for their services), government contractors (including private prison managers, defense contractors, for-profit colleges and others whose almost exclusive dependence on government revenue raises question about whether they are “private” in any meaningful sense), and property developers (who in many urban areas can exploit government-constrained ability to build—which drives up prices — and political connections to generate oversized profits). Add in finance, licensed occupations, and sectors with lots of intellectual property, and you’re looking at a sizeable chunk of the 1 percent.”

Returning to the original study, the policy conclusions we can draw from this divide between good profit and rent-seeking are debatable — the study’s authors draw the opposite conclusions from the study that free market advocates would, unfortunately (they argue that because so much billionaire wealth in the United States comes from rent-seeking, we can justify confiscatory taxation on the wealthiest people and businesses in the country without serious economic damage). Here’s a better idea: instead of allowing these businesses and individuals to profit from rent-seeking and then taxing the money back from them later, how about we protect honest profit and stop allowing people to profit from rent-seeking in the first place?