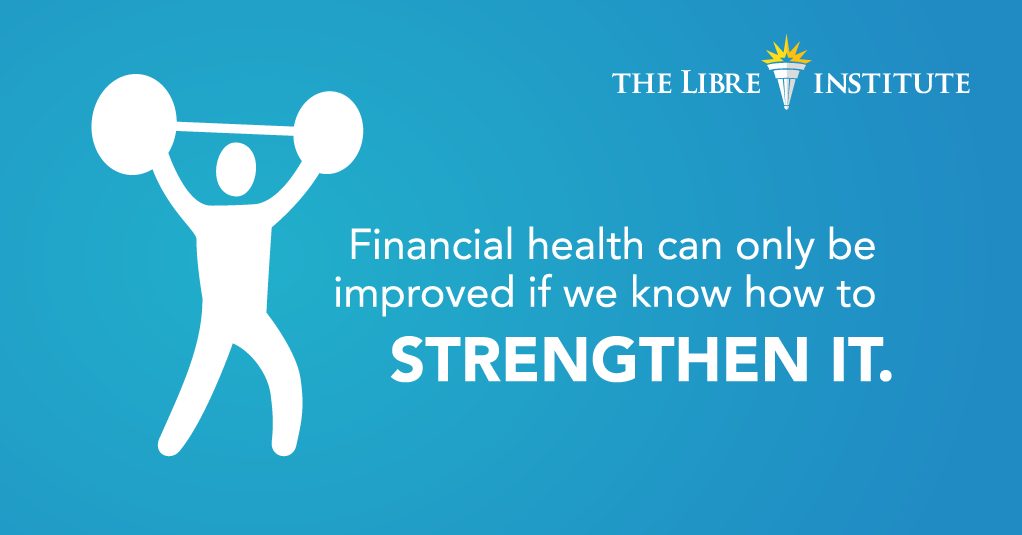 Going to college and starting a business are two of the most sought after milestones of the American Dreams for America’s Hispanics. On the surface, these achievements may appear out of reach for many in our community. But while our community faces many barriers to opportunity, these become more and more achievable as we become better versed in how to manage our finances.  So what role does financial health play in achieving the American Dream?

Financial health, just like our physical health, can only be improved if we know how to strengthen it. Becoming better educated about the subject, seeking the proper expertise, knowing as much about our current finances as possible and being disciplined in making spending decisions are all necessary tools to boost our financial health.

Every year, like many other Americans, Hispanics promise to “get in shape” by signing up for a new gym membership, getting a personal trainer, making a vow to cut out our bad eating habits and promising to eat healthier etc.  These are great goals, so why not apply the same dedication to our finances?

That’s why The LIBRE Institute is hosting a series of Financial Health Forums across the country in order to equip Hispanics with the tools they need to take charge of their finances and climb the economic ladder.  These forums include information on budgeting and establishing credit, as well as the habits of financially successful people.  The events can be found at www.www.thelibreinstitute.org/events.

According to Nielson, Hispanic spending power is close to 1.5 trillion a year.  Imagine if Hispanics knew more about how to manage their income, save it, and invest it.  Savings of Hispanics would grow dramatically, improving access to education, making it easier to start a business, and ultimately leaving something to pass down as an inheritance to our children.  But to achieve this, we need to teach not only ourselves, but our children as well, how to manage one’s finances.  A good starting point is to become better educated on how to manage debt and prioritize spending.  These practices are key to avoid wasting our money on unnecessary items. Financial health requires us to never stop learning about the best practices to strengthen our finances.

Managing our finances is our individual responsibility. And while it is important for our community to make informed financial decisions for our own well-being and that of our children, the government too needs to do its part in protecting today’s and tomorrow’s taxpayer.  The national debt is closing in on 20 trillion dollars. This level of debt will deteriorate credit markets, and leave less money for roads, education and national defense.  Our government, just like the American taxpayer, needs to manage its debt and become more responsible with its spending.

In addition to entitlement programs that have not been addressed, a large portion of our fiscal challenges results from egregious instances of cronyism, in which our government hands out costly subsidies or special tax breaks to the politically-connected at the expense of everyone else.

We also cannot ignore that the government also needs to cut down on much of its wasteful spending.  A 2015 General Accountability Office (GAO) report found that the federal government continues to run redundant programs by different agencies offering the same service.  For example, there were 42 programs run by six different departments to help people get to their doctor’s office. (USA Today April 2015).  The GAO also found that this was just one of many redundant, overlapping or fragmented services costing taxpayers tens of billions of dollars a year.

Much like what happens in our families, some budget decisions are not going to be popular.  But ask Venezuela, Puerto Rico and Cuba how their “popular yet wasteful” spending decisions have worked out for them.

Ironically, the federal government has programs that seek to educate people on financial health.  Maybe it should lead by example first and show the American taxpayer what needs to be done to reduce our national debt.