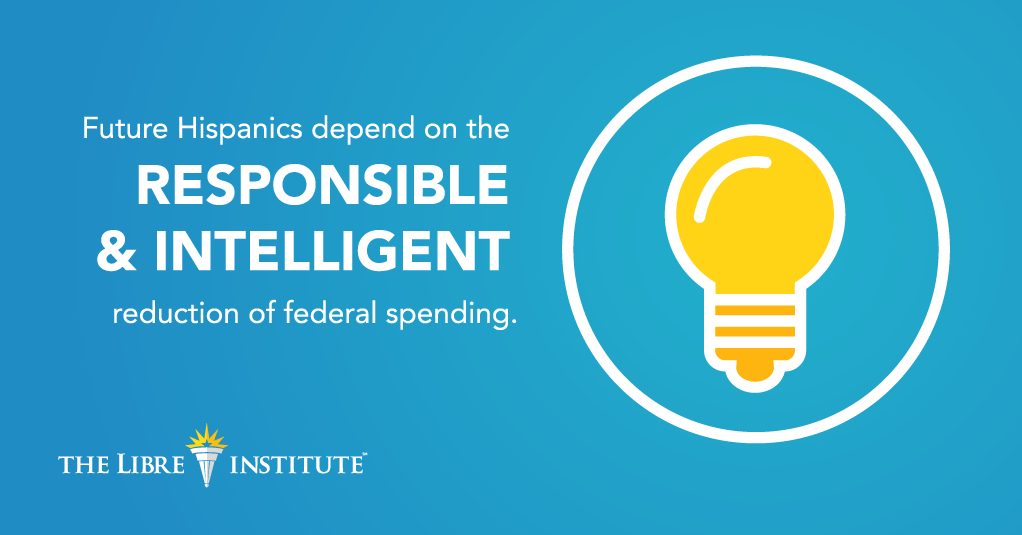 The federal budget – and related debt and deficit — is rarely framed as a uniquely “Hispanic” or “minority” issue. But while immigration and education often come to mind when we think of which policies touch the lives of U.S. Hispanics most deeply, issues relating to the federal budget should rank among the top. Like all Americans, U.S. Hispanics cannot escape the negative consequences of our government’s irresponsible fiscal policies. Indeed, because of the relative youth of this demographic, Hispanics are poised to suffer the worst of the negative effects that persistent federal deficits and the ballooning national debt will have on the lives of future generations. U.S. Hispanics, just like everyone else, might wonder what the federal deficit even is, or why we should care about it. This blog is the first in a series related to the budget, and examines precisely that.

Simply put, deficits occur when our government is spending more than what it brings in. According to the U.S. Treasury’s most recent monthly report, the federal government ran a $461.04 billion deficit from October to March. To put this number in perspective, the deficit is larger than the entire GDP of several developed nations, such as Austria, Denmark, Finland, or Israel. Moreover, the Congressional Budget Office projects an ever bigger $534 billion deficit for the current fiscal year, a 22% increase from a year earlier.

This behavior is fiscally irresponsible, but it is also particularly frustrating to the average hard-working American. It is a slap in the face all of those families that have no other option but to live within their means and balance their checkbook every month. However, realizing this basic unfairness is not nearly enough. We have to make sense of the consequences of this practice. And a good starting point is to understanding that running large federal deficit is a direct threat to the wellbeing of future generations. This is because, as explained in a recent analysis by The Center for a Responsible Federal Budget, the federal deficit will eventually lower national savings and income for all Americans. AS CRFB explains:

“Large sustained federal deficits cause decreased investment and higher interest rates. With the government borrowing more, a higher percentage of the savings available for investment would go towards government securities. This, in turn, would decrease the amount invested in private ventures such as factories and computers, making the workforce less productive”.

This is particularly relevant to young Hispanics joining the workforce, because as the CBO notes, this would have a negative effect on wages: “Because wages are determined mainly by workers’ productivity, the reduction in investment would reduce wages as well, lessening people’s incentive to work.” As our lawmakers in Congress are currently working to complete a budget for the next federal fiscal year, it is key that they act to reduce the deficits and puts our country on a fiscally responsible path. The wellbeing of future generation of Hispanics in increasingly dependent on our ability to responsibly and intelligently reduce spending in the federal budget.