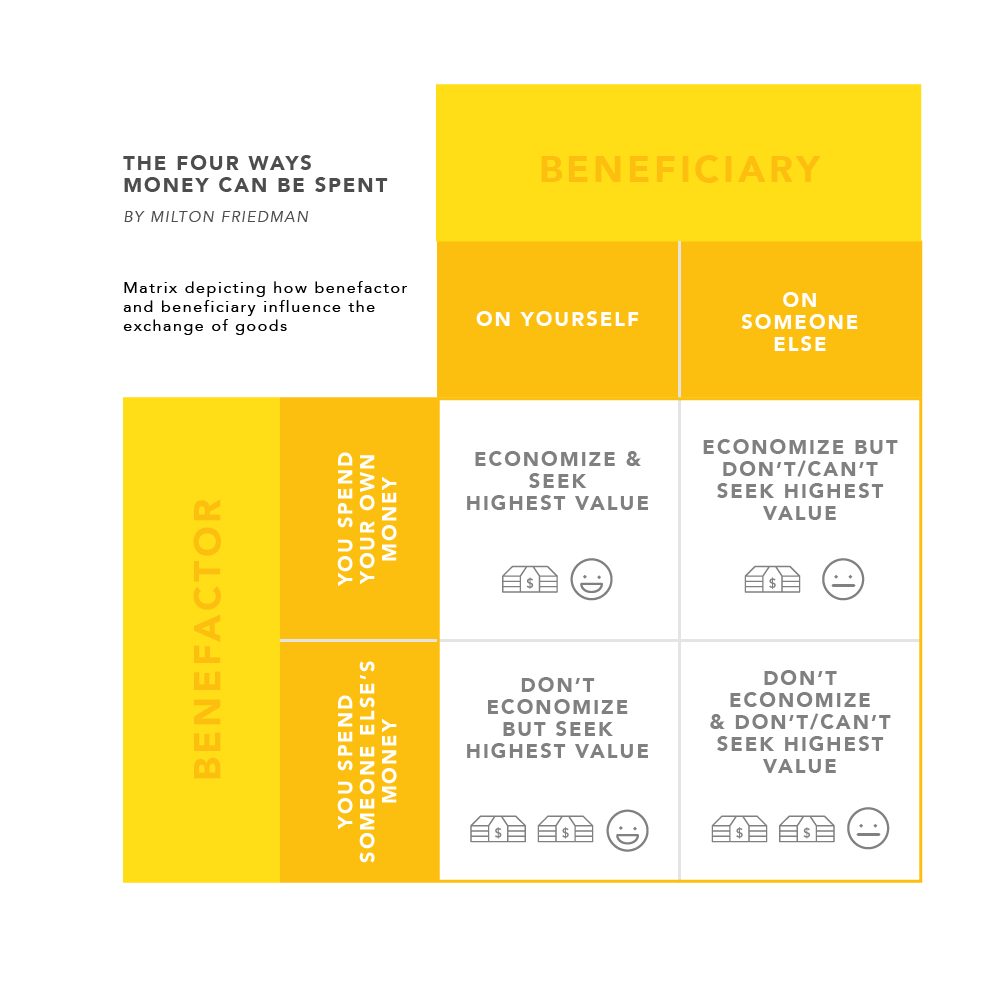 This holiday season, taking care of those in need is front and center on many minds.  It is a time of giving and sharing with those we love and those who are less fortunate.  But what is the role of the government in this? Our current welfare system is centrally planned, misallocates resources, and forces us to pay too much and get too little.

The inefficiency of our current welfare state stems from countless flaws, but one of the most serious is the inherent difficulty of central planning.  Currently, a significant part of public welfare takes the form of specific goods and services, such as food, housing, medical care, and education.  All of these goods are valuable in their own way, but central planners are not able to efficiently determine which resources to commit to which needs on a reliable basis.  For example, some people receiving taxpayer-funded help may have more assistance than they need for food (through the Supplemental Nutritional Assistance Program, or ‘Food Stamps’), when what they really need is to fix their car.  Alternatively, some people who have access to thousands of dollars’ worth of healthcare through Medicaid might be perfectly healthy, but still struggle to pay their phone bills.  Because central planners in Washington do not have access to local knowledge about the individual needs of welfare recipients, blanket programs that provide goods and services to the population are likely to waste some resources on people who do not need them and at the same time fail to meet the needs of others. When you spend your own money on yourself, you are likely to seek the lowest possible cost – known as economizing – for the highest value product.  Because you are both the spender and the recipient, you have an incentive to economize, and you are both willing and capable of seeking the highest value. No one would argue that the administrators of our current welfare state do not sincerely wish to help those in need.  However, food stamps are valued differently by hungry people and well-fed people, just as Medicaid coverage is valued differently by construction workers and cashiers.  Central planners cannot efficiently meet such nuanced needs on a national scale – it’s simply impossible for them to know enough about the needs and circumstances of tens of millions of recipients.

On the other hand, when you spend your own money on someone else, you have less of an ability to seek the highest value, but you still seek to economize.  In this case, money is spent efficiently, but needs are not met as effectively.  When you spend someone else’s money on yourself, however, the situation is reversed.  Needs are met very effectively, but money is less likely to be spent efficiently.  When you spend someone else’s money on someone else, both the incentive to economize and the capability to seek the highest value are at their lowest.  Because most welfare in the United States takes the form of specific goods and services instead of cash, this is unfortunately the way that much of the current system operates.

Hispanics are a large and growing part of the American population, and represent 29% of Medicaid recipients, over 16% of SNAP participants, and 21% of households in public housing.  All of these are examples of programs that, while meeting the needs of some, do not efficiently meet the needs of some and waste resources on others.  Central planners face intrinsic and insurmountable obstacles in deciding which resources to allocate to which needs, and the result is that money spent by the federal government on entitlements – up to two thirds of all federal spending – is not being allocated as effectively as it could be.  That being said, that amount of money spent by the government on entitlements is still too high.

The holidays are a time for giving and for celebrating what we have.  As you choose gifts, think of how hard it is to get just the right gift for loved ones – and think about how many gifts you receive that may be well-intentioned, but hopelessly wrong. How much more difficult it is for central planners hundreds of miles away – who don’t even know the people they are supposed to be helping?  Oftentimes when we do not know what to buy someone for Christmas, a simple gift card or bit of money does the job.  That may seem like a short cut, but as Milton Friedman would be quick to point out, it beats guessing by a long run.  After all, no one knows how to spend your money to meet your needs as well as you do.  Central planning just can’t compete.