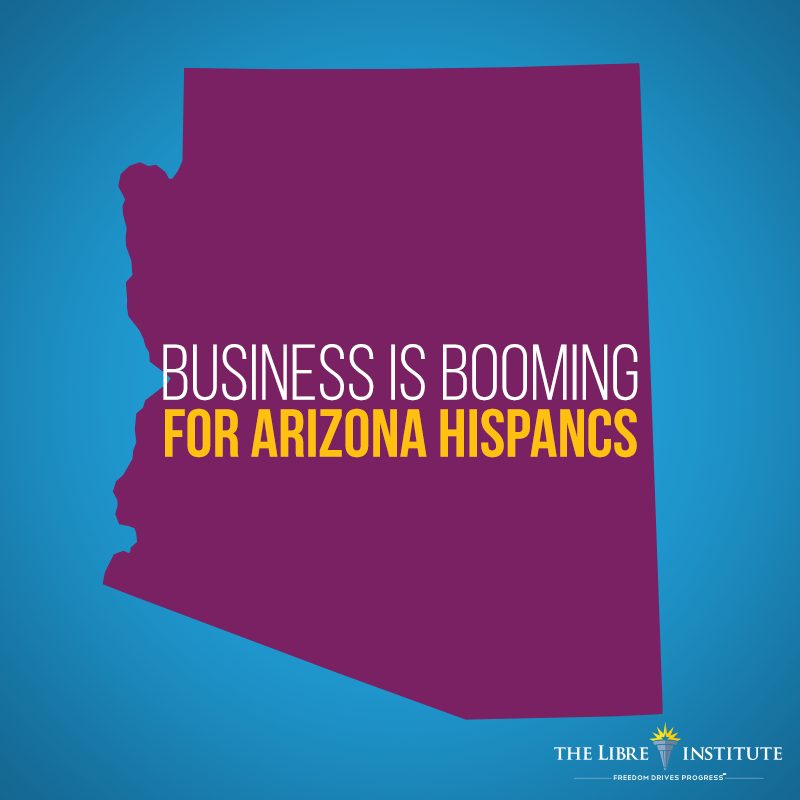 According to the latest data (from the Arizona Hispanic Chamber of Commerce’s “DATOS” report), the number of Hispanic-owned businesses in Arizona more than doubled in less than a decade. But this fact should not come as a surprise. Hispanic-owned businesses are helping the U.S. economy grow in almost every state. According to a recent study by Geoscape and the U.S. Hispanic Chamber of Commerce, between 2012 and 2015 Hispanic-owned firms have grown in number at an annual rate of 7.5 percent versus the 5.5 percent for all U.S. firms in the same period.

According to the DATOS highlights, the number of businesses owned by Hispanics in Arizona soared 70 percent from 52,667 to 89,673 between 2007 and 2012. And based on the compounded growth trend for that period, there are now an estimated 123,000 Hispanic-owned firms in Arizona. The growth in Hispanic-owned firms also runs across gender lines:  the number of businesses owned by Hispanic women in Arizona more than doubled between 2007 and 2012—from 19,367 to 41,843.

Much of this success can be attributed not only to the U.S. Hispanics’ entrepreneurial spirit but also to their growing purchasing power. As of 2015, Hispanics in Arizona hold an estimated $40.3 billion in spending power, and nationally that number is estimated at $1.5 trillion. To put things in perspective, as the DATOS report explains, this number is roughly equivalent to the GDP of Australia.

The Hispanic purchasing power is expected to grow even more in the near future. Hispanics and Asians are projected to drive the largest growth of buying power for single minorities according to the report. Between 2014 and 2019, their projected change in buyer power is expected to top 32%, versus the 20% of non-Hispanics. These numbers stand as an important reminder for our policymakers that the economic wellbeing of our nation is increasingly being determined by the degree to which U.S. Hispanics are able to prosper in our communities. Creating the right economic environment, one in which businesses can be created without the need to comply with unnecessary government regulations, is key to the prosperity of U.S. Hispanics and, by extension, the country overall.