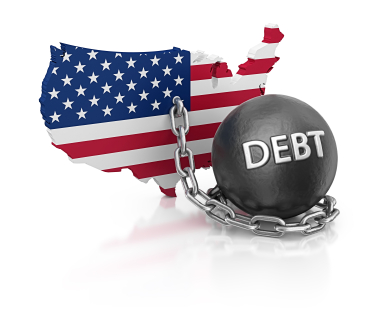 Last month the strictly nonpartisan Congressional Budget office (CBO) released its 2015 Long-Term Budget Outlook, which painted our growing national debt as a major threat to the economic stability and future of our nation.

According to the report, the rising federal debt will slow down the already anemic economic growth in the coming decades, causing revenues to fall while at the same time reliance on government programs is expected to grow. This situation will force our nation to borrow even more, raising the probability of severe economic crisis. This predicament is particularly troubling for Hispanics, who due to their relative youth, compared to the rest of the population, will experience an erosion of the American Dream caused by decades of irresponsible fiscal policies. In fact, according to the CBO report: “the large amount of federal borrowing would draw away from private investment in productive capital over the long term, because the portion of people’s savings used to buy government securities would not be available to finance private investment.” In turn, federal spending on interest payments would rise, thus requiring the government to raise taxes, or reduce spending for benefits and services according to the CBO analysis.

How long the can the nation sustain the rising growth in federal debt? While even the CBO admits that answering this question with confidence is difficult, its last report offers a frightening certainty about what would eventually happen if the national debt keeps growing:

At some point, investors would begin to doubt the government’s willingness or ability to meet its debt obligations, requiring it to pay much higher interest costs in order to continue borrowing money. Such a fiscal crisis would present policymakers with extremely difficult choices and would probably have a substantial negative impact on the country. Unfortunately, there is no way to predict confidently whether or when such a fiscal crisis might occur in the United States. In particular, as the debt-to-GDP ratio rises, there is no identifiable point indicating that a crisis is likely or imminent. But all else being equal, the larger a government’s debt, the greater the risk of a fiscal crisis.

While the pressure on lawmakers to reduce our federal deficits seem to have lowered in recent months, this CBO report is an important reminder about just how critical it is to address our out-of-control national debt to secure long-term prosperity in the country. The current fiscal challenges of Puerto Rico and Greece should remind us of just how toxic runaway deficits can be for any economy. When government debt becomes unsustainable, the poor and the neediest in particular bear the brunt of its negative consequences. Failing to deal with our ballooning national debt means not only to ignore the real dangers of government overspending, but also to deny the aspirations of all Americans — including the Hispanic community — to reach the American Dream.

Hispanics, more than other demographic group, still believe in the American dream despite an anemic recovery and a sluggish economy that is keeping millions of them in poverty (Hispanics have the second highest poverty rate). Additionally, Hispanics start small businesses at twice the national rate, a trait that is representative of their entrepreneurial spirit and desire to move forward, but that may change in light of the ever-expanding body of expensive regulations. For how long can Hispanics endure an economy that doesn’t grow enough? Hispanics are doing their part to keep the American Dream alive. It is time for our policymakers to do their part for future generations by controlling our national debt.