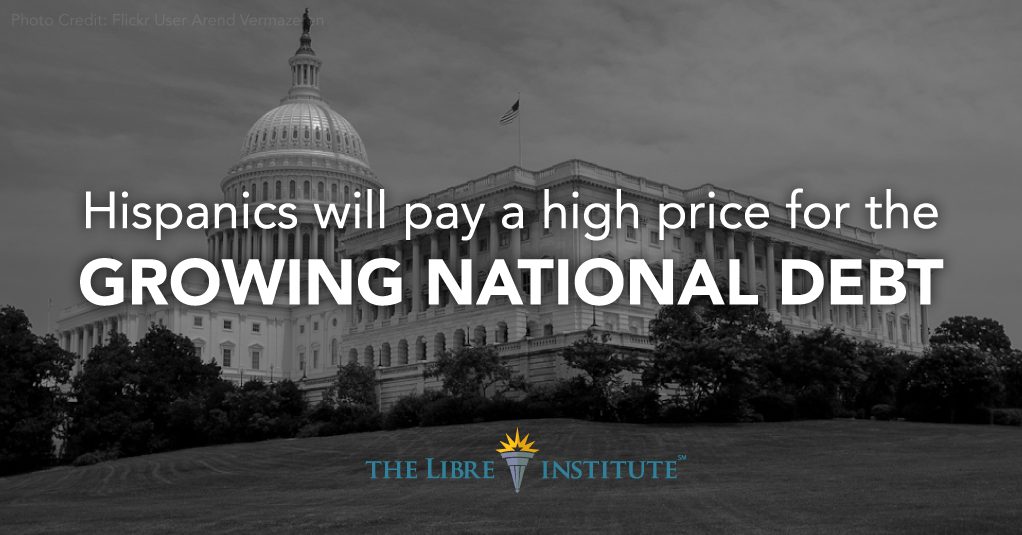 Last week, the non-partisan Congressional Budget Office (CBO) published the latest estimate on the federal budget shortfall showing that the deficit is set to rise again in 2016 despite its multi-year downward trend which started in 2009.  A large part of the shortfall is due to legislative changes, mainly December’s unpaid-for tax extenders and the omnibus legislation… The growth of the federal deficit and the following expansion of our national debt are particularly troubling for Hispanics, who are younger than the rest of the population – and will bear the cost of this mismanagement. Younger generations will experience an erosion of the American Dream caused by decades of irresponsible fiscal policies.

This year’s federal budget shortfall is expected to spike to $544 billion, $105 billion more than the last year. The CBO report finds that the projected annual deficits will increase overall debt held by the public to 76 percent of GDP by the end of 2016. This is about 2 percentage points higher than it was last year. To put things in perspective, this level of debt is the higher than it has been since the years immediately following World War II.

As the CBO highlights in its latest report, the growing national debt will have serious consequences, including:

The CBO report surprised many Washington insiders, in part because various news outlets recently referred to the federal deficit as a non-issue given the fact that deficit had been falling for several years. And the fiscal discipline imposed by the budget caps of the Budget and Control Act of 2011 contributed to a decrease of the deficit in recent years. But as it often the case in Washington, problems are often easily forgotten rather than solved, and the federal deficit is no exception.

It is unfair for Congress to keep kicking the can down the road when it comes to balancing the federal budget. If not addressed in time, the dangers of our unsustainable fiscal path will fall on the shoulders of future generations of Hispanics. Washington cannot hesitate to tackle this issue. The more Congress waits, the higher the price Hispanics will pay for our current fiscal irresponsibility.