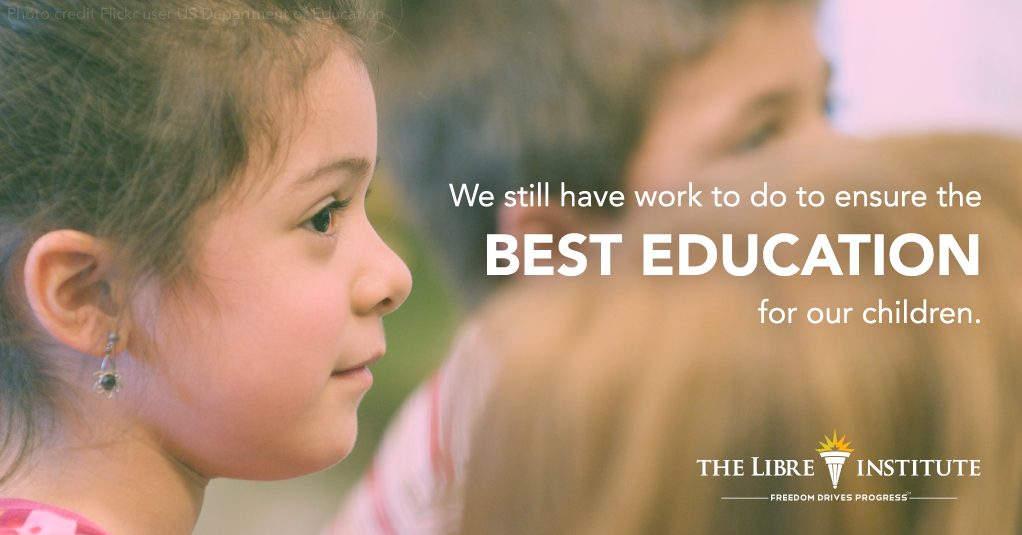 With National School Choice Week officially underway, parents in Colorado will have the opportunity to learn more about what exactly school choice is at an event set to take place in Denver on January 31st. Colorado has for decades been at the forefront of the school choice movement with the creation of a system of public school choice in the 1990s and the Douglas County Scholarship Program in 2011—the country’s first district-created, nearly universal school voucher program. But work remains to be done to ensure families have access to more educational options in the state.

Emblematic of the need to expand school choice to include private schools is the case of Denver’s Escuela Tlatelolco. Tlatelolco is a non-profit private school that provides K-12 education geared specifically towards the needs of West Denver Hispanic students, many of them English language learners. Last year Denver Public Schools (DPS) cancelled its contract to provide funding to Tlatelolco, saying that after a decade, test scores at the K-12 school remained below district and state standards. However, this decision came as a surprise to many families, especially since the reason that DPS originally signed the contract with the school in 2004 was that it recognized the school’s success in educating Hispanics students in the area. Furthermore, as reported in a Chalkbeat Colorado article, members of Escuela’s board explained that the school’s low performance on the district’s performance metrics were representative of the challenges of  “teaching and evaluating with standardized tests the large West Denver Latino and English Language Learner population.” For example, in the 2013-14, academic year, 72 percent of Escuela’s students were identified as English language learners and 98.4 percent were minority students.  Many of the school’s middle and high schoolers transferred to the Tlatelolco after struggling or considering dropping out of DPS schools altogether. Should Tlateloco be punished by losing its funding – when low test scores are likely due to the fact that many students there do not yet speak English well?

The example of Escuela Tlatelolco exemplifies why Colorado should expand school choice to private schools and why every school should have flexibility in the way they measure the learning achievement of their students. Expanding school choice in Colorado should include giving all parents in the state the choice to send their children to a private school of their choosing, while at the same time granting schools the freedom to decide how to teach and evaluate their students. When we apply the one-measure-fits-all approach to education—as  in the case of using Denver’s performance metric to judge a school that serves a large number of English language learners—we likely end up drawing the wrong conclusions about the real value that a school is creating in a community.

Educational choice is too often the only recourse students have to escape chronically failing schools. And what makes school choice even more appealing to Hispanic families in particular is the fact that it can help close the achievement gap that minority students experience compared to their non-minority counterparts.  As evidence of this, a recent national study found charter schools to be particularly beneficial compared to traditional public schools with minority, economically disadvantaged and English learner students.

Thanks to educational choice, Colorado has already achieved important results when it comes to benefitting Hispanic families. However, this progress is being slowed down by the fact that Colorado still lacks a statewide program that would allow Hispanic students to attend private schools of their choosing. As explained in a recent Denver post article, while there are nearly 600 private schools in Colorado, only those families who can afford tuition outright can access this option. To this date, Colorado is not among the growing number of states that support lower- and middle-class families with private school tuition in the form of vouchers, education saving accounts, or tax deduction/credit scholarship.

Note: Since the first contract between DPS and the nonprofit, Escuela Tlatelolco, in the fall of 2004, the contract school has recorded low scores on state tests. Shorter periods of similar performance have led DPS to close charter schools, but because Escuela predates state charter school laws and first opened in 1970 as a private school, DPS does not have the authority to close it.